For Maya, Meena and Zeenat Mukhi of Mukhi Sisters, growing up “different” during the 1980s in Beirut was part of their childhood. Born to an Indian father, Chandru Mukhi, who hailed from a long line of jewellers tracing back to 1875 and a Lebanese mother, Effat Kreidie, who started her own label called Effys Jewelry in 1982, their mixed-race heritage had its share of problems and happy moments whilst growing up. Most were often unable to pronounce their last name and many assumed they couldn’t speak Arabic because of their different skin colour. Their father had also been subject to a racist incident because he was Indian. However, they were taught to embrace their identity despite the challenges they had to encounter.

In 2009, they founded the label Mukhi Sisters with Maya at the helm of design, Meena as the commercial director and Zeenat working on designs and operations. Using the label as an outlet to express their uniqueness, they create designs that are not only timeless and easy to wear but also pieces that always stand out for being different—think a smiling Buddha pendant in amethyst with gold and diamonds or a statement ring crafted in silver and emeralds with two fish kissing. Their Indian heritage often comes into play in their jewellery too—whether in the form of navratan harem rings or a serpentine-shaped bracelet with black diamonds that symbolises the idea of rebirth, according to Hindu mythology. “Retaining some traditional elements and maintaining certain standards is important because we are a luxury brand,” says Maya Mukhi

Their career was further catapulted when, in 2019, they won the Fashion Trust Arabia Award–a non-profit initiative launched in Qatar (under the patronage of Sheikha Moza bint Nasser, wife of the former Emir of Qatar and co-chaired by her daughter Sheikha Al Mayassa bint Hamad bin Khalifa Al Thani and entrepreneur and philanthropist Tania Fares) to recognise and nurture talent from the region.

We spoke to Maya Mukhi about what being different means in the creative world and how she weaves her personal narratives into her designs.

What was life like growing up in Lebanon, especially when it came to being mixed-race?

We were raised in a house where there was love and where you just had to be yourself. We did face some issues growing up—we felt we were different when it came to our skin colour, our family name and the names of my sisters like ‘Meena’ and ‘Zeenat’. There were times when we experienced, I don’t want to say racism, but this thing of being looked at as being different. For example, someone would talk to us directly in English, assuming that we don’t speak Arabic, or telling us that we’re Buddhist when my father is Hindu and my mom is Muslim. But I think that we owned it, this mix, and I feel that it made people curious and want to get to know us more, even until today. Overall, it was very rich—we would celebrate Diwali just like we would celebrate Ramadan and Christmas.

Did it make you more creative?

Of course! When you have mixed cultures in one home, things are different from a normal household where people have the same backgrounds, traditions, routines and food. It changes the way we see things. “As a designer, I have a responsibility and integrity towards myself and my clients to offer something new,” says Mukhi How did being different translate into your designs?

I lean towards mixing colours and styles instead of going for something traditional. I did this design in 2016 that was inspired by a Beirut sunset, but people used to tell us it’s so Indian. I love it because the unexpected mix of colours makes our designs unique. We’ve been exposed to jewellery and gemstones since we were kids. I also refer to my mother’s designs, as well as the jewellery I used to see in my father’s jewellery store while growing up. If you mix the old with the new, with how we like certain things and trends, you get a Mukhi piece.

In terms of your experiences growing up– do you see those memories as inspiration for your work?

I remember the first time my mother offered me a box of birthstones. She had a jewellery exhibition and I was maybe 12 years old. I displayed the birthstones in a window at my mother’s exhibition and I was selling them to clients. I was so proud of myself. These moments definitely influenced who we are today. For example, there’s a collection that we launched called ‘No Guts, No Glory’—it has a lot of twisted gold that was trendy in the late ’80s or the ’90s. The starting point was my mother’s past designs. Meanwhile, our love for unusual gemstones comes from our father—he used to talk to us about the healing power of each stone. I find beauty in every gemstone I come across.

“RETAINING SOME TRADITIONAL ELEMENTS AND MAINTAINING CERTAIN STANDARDS IS IMPORTANT BECAUSE WE ARE A LUXURY BRAND.”

Your designs are very unique—even a simple evil eye bracelet has a unique element that is true to the Mukhi Sister’s aesthetic. How do you make them stand out?

They say that God is in the details. As a designer, I have a responsibility and integrity towards myself and my clients to offer something new. Retaining some traditional elements and maintaining certain standards is important because we are a luxury brand. For example, when we mix stones, there’s a certain feeling that we want you to experience. If I want you to feel eclectic, I would go for a specific mix of stones. There’s an evil eye bracelet I love from our ‘At That Moment I Felt Eternal’ collection—a simple piece with an azurite-malachite stone in the middle. It has a dual meaning—the evil eye represents protection but it’s also a reminder to see things from your perspective and not how the world wants you to.

Which of your collections has been inspired by a personal narrative?

Behind each collection, there’s a true story. In 2020, while the world was going through a pandemic, we lost our father, my mother fell sick, my pregnant sister had to go through an emergency surgery (she was in London) and our store was destroyed during the tragic explosion in Beirut. It was too much in a few months. During my sister’s recovery I would ask her every day, “Zeenat, how are you?” and every day she would tell me “better than yesterday”. So just hearing those words gave me hope. Simultaneously, my sister Meena also needed to hear them—she was alone in the store during the explosion and went through trauma and almost lost her voice. At some point, I was like, “Zeenat, this is going to be our new collection—Better Than Yesterday.”

It became our daily mantra. We made these simple pendants designed to be future heirlooms—I wanted our clients to wear them forever and pass them on the same way they would wear their religious pendants or horoscopes or initials. After that came ‘At That Moment, I Felt Eternal’—it draws upon the moments you feel the stars are aligned and that you are in control of your life after a period of instability and ups and downs. 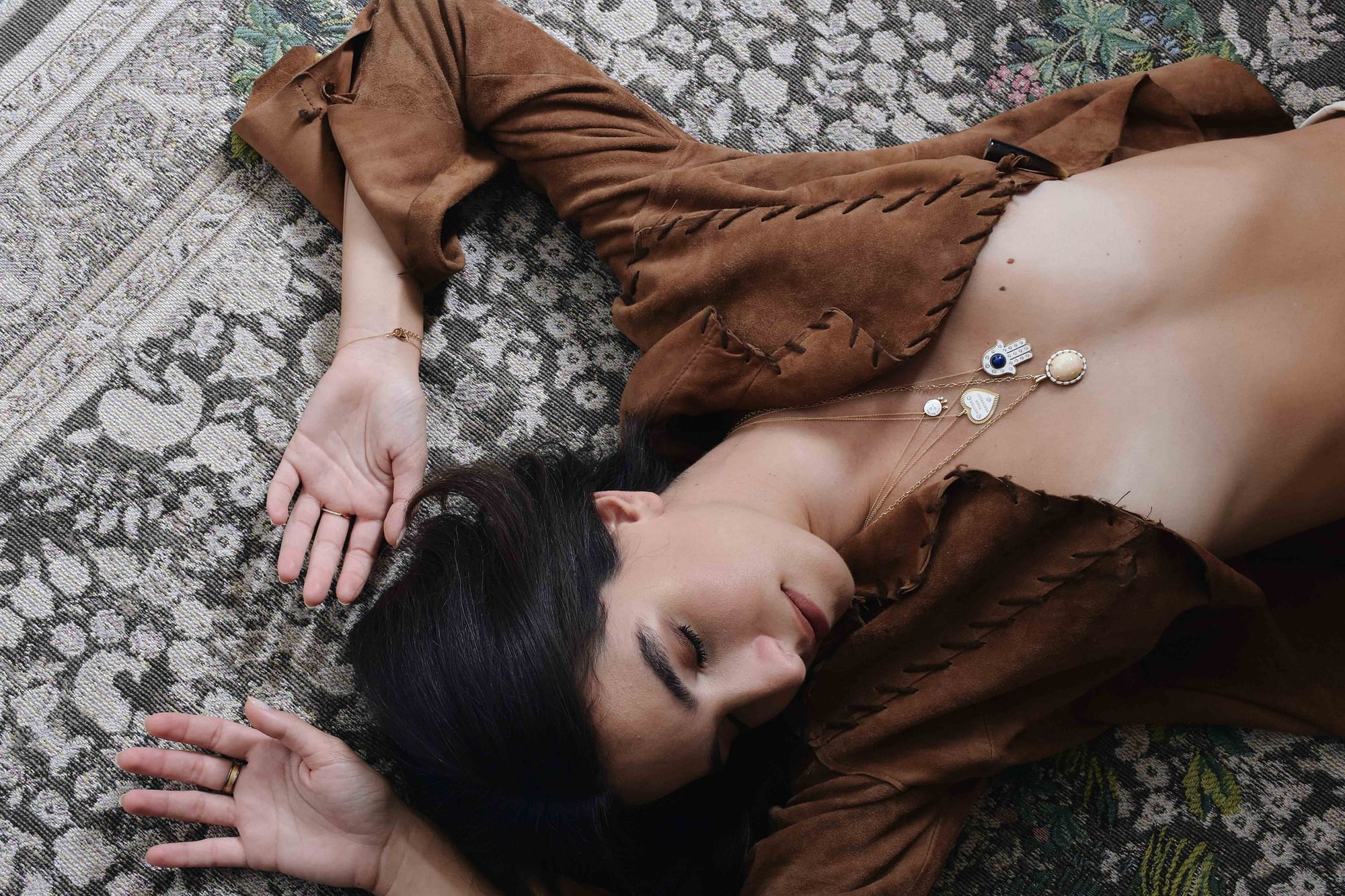 Behind each collection, there’s a true story says Mukhi

How do you think you have evolved as a designer?

When we first started, we had three collections, and each represented our individual style. With time, we learned how to develop our collections by listening to what our clients want, by looking at trends and what’s going on in the world. We make sure that in each collection we have two main categories. One is for everyday jewellery with easy-to-wear pieces and then we always add a few pieces from the same collection that are for bigger events like weddings. We didn’t think like this before, we used to design based on what we liked. Today, there is a whole process as we also have a business to run. It’s a beautiful adventure and we’re always taking our wins and even our moments of failures.

You participated in the Doha Jewellery and Watches Exhibition exhibition this year. How was that?

The Qatar jewellery show is one of the biggest worldwide—you have the biggest jewellers exhibiting their collections in Doha and we invited Sheikha Al-Mayassa to our booth in May, and she did attend. She was telling the people around her about the Mukhi Sisters and even knew us by name. She bought a ring from us two years ago and told us it’s her “good luck” ring that she never takes off. It was a moment of acknowledgement and appreciation for our work. Not only did she buy some pieces for her and her daughter but also commissioned us to create a design based on ‘Better Than Yesterday’. 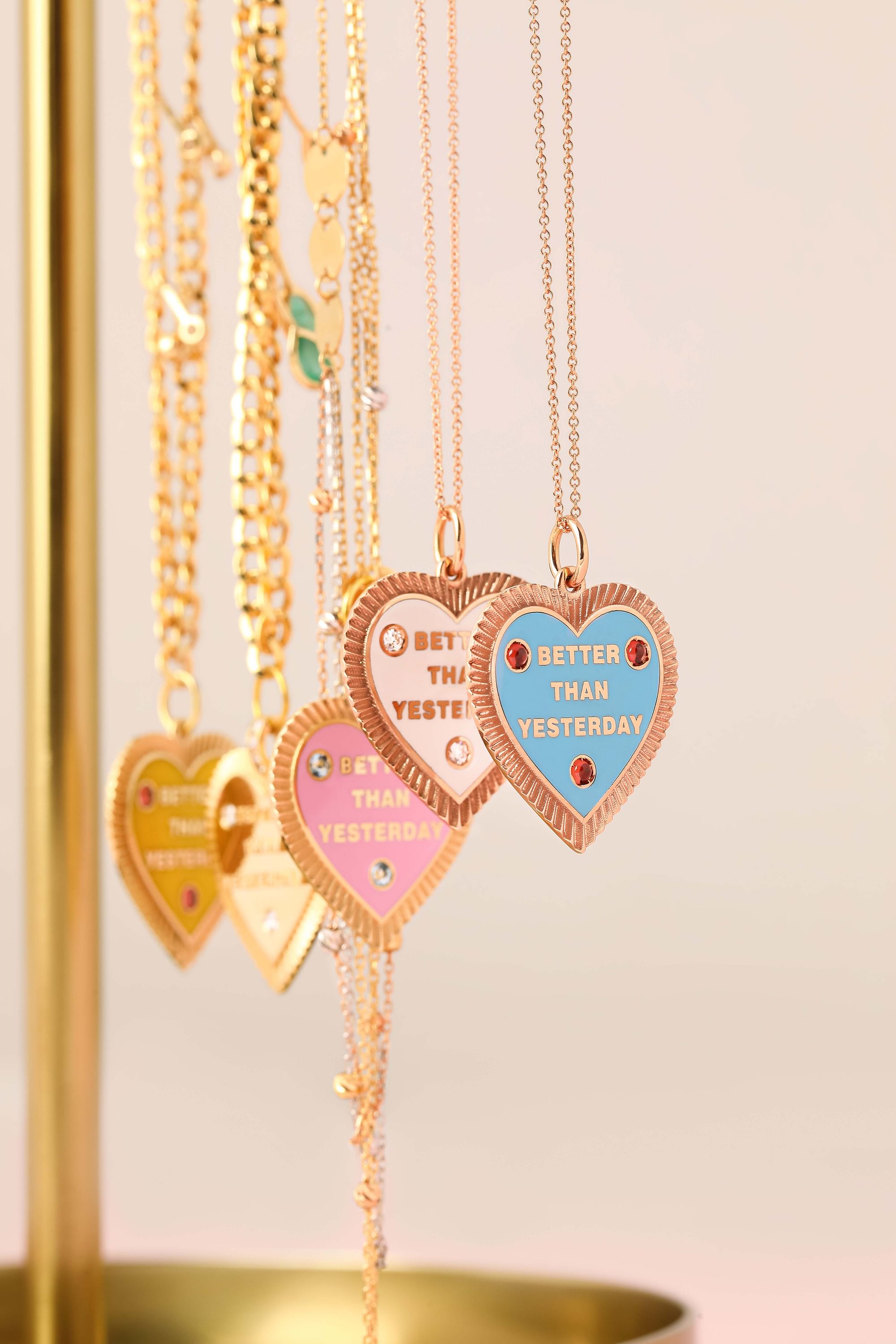 “We made these simple pendants designed to be future heirlooms,” says Mukhi about their Better Than Yesterday collection If you mix the old with the new, with how we like certain things and trends, you get a Mukhi piece

How and why did you decide to start your label? What was it about jewellery that you were attracted to?

From my father’s side, it was their family business whilst my mother is a creative person. She used to design her own jewellery and have it made by other jewellers. When she met my father, she got the opportunity to start her own brand in 1982. She’s the one who introduced us to unusual jewellery, and influenced our love for coloured gemstones as well as for mixing and matching styles. Having said that, working with your family can be tricky because the new generation has new eyes and fresh ways of doing things which the previous generation may not always accept. I wanted to be 100 per cent independent and make it on my own. Although I still work with my mom, I also have my own company where I can do things my own way along with my sisters.

There’s a huge rise of talent from South Asia–how do you think the design world has become more accepting of creators from diverse backgrounds?

Thanks to the Internet, the world has become a village—we have access to things that we didn’t know existed before. When we see new things, we are attracted to them; it’s like new perspectives and new aesthetics. I also feel we have a lot of people who are breaking stereotypes, who are more loving, more tolerant and more accepting of others. When there is more love, there is more acceptance. You have individuals who want to stand out and show that they’re different. Stylists, too, have this urge of showing that they are able to source products that are unique. 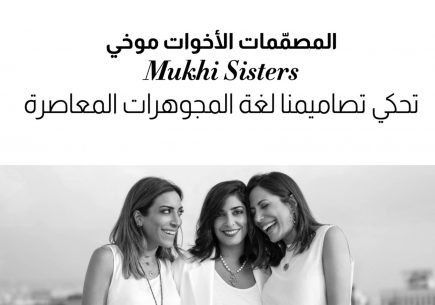 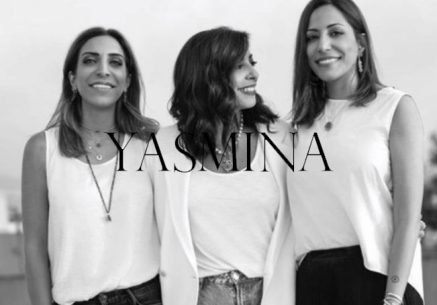 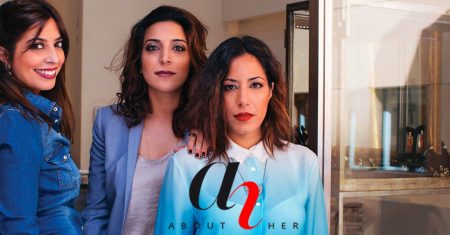 Whether stackable rings, drop earrings that make you stumble from double-taking or must-have chunky pendants,… 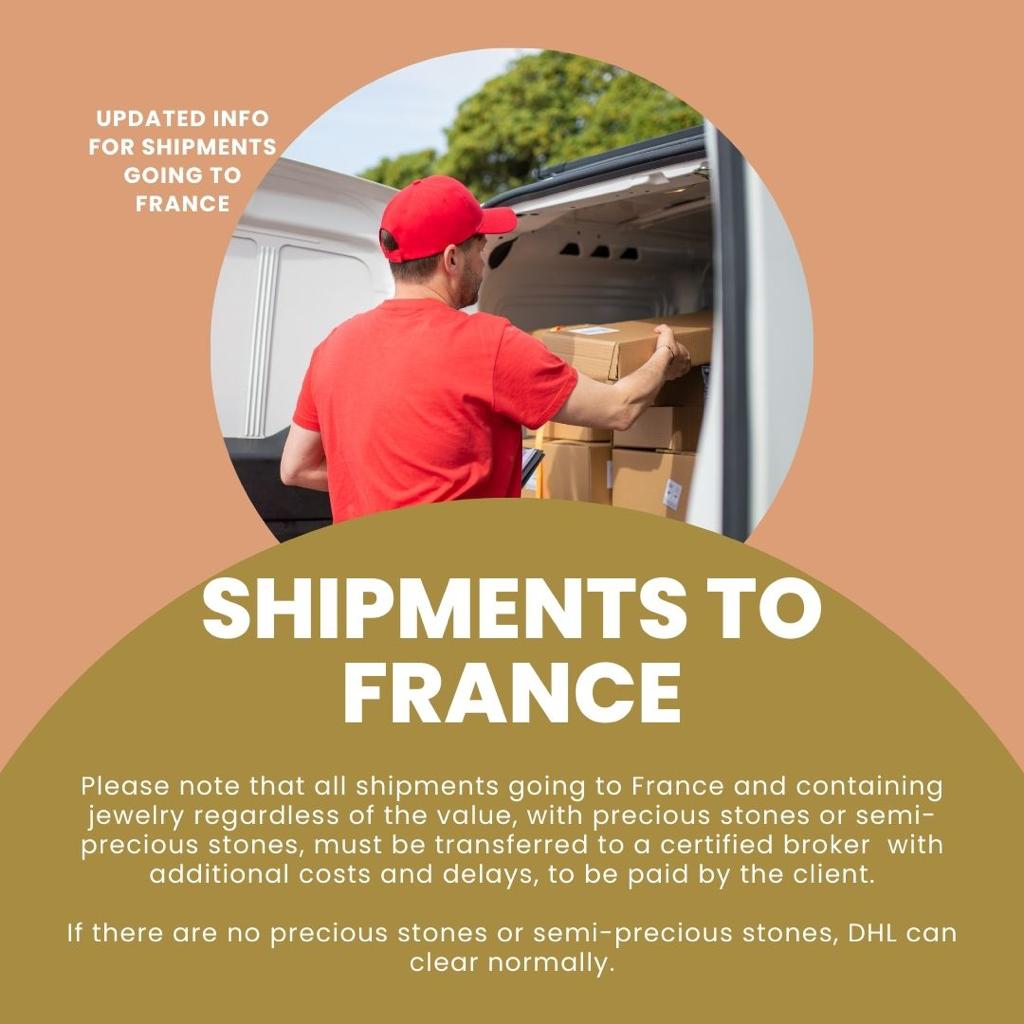