It all started in the 1920s when the grandfather of the Mukhi Sisters and his cousins decided to leave India and come to this part of the world. They eventually moved to Beirut and lived the good old days of the city to the fullest.

The Mukhis had Fine Jewellery Stores as well as Oriental Works & textile stores.

-A.Neechamal was at Avenue des français.

They also had shops in Egypt, Syria, and Libya. In 1979 their father, Chandru Mukhi, married Lebanese lady, Effat Kreidieh. Together, they faced a lot of challenges and brought up their three daughters, Maya, Meena and Zeenat.

In 1982, Effat’s Effys Jewellery saw the light. Effy, in case you haven’t met her, has been known for working with colored stones, since the beginning. Her style is unique to herself and she did numerous collaborations, mainly with the houses of O.J Perrin, Poiray, Pippo Perez.. She has participated in countless numbers of local and international events over the years and has helped the Syndicate of Jewelers in one of their biggest achievements.

There is no doubt that her love for precious stones and mixing styles has influenced the Mukhi Sisters in their designs.

Growing up in a family of jewelers, Maya, Meena, and Zeenat were always exposed to stories of jewels and precious stones. Their parents taught them to respect and passed on to them their love and appreciation for everything beautiful. As a child, Maya always knew that one day she was going to have her own company. In 2009 she decided that she was going to make it happen and she asked her sisters if they wanted to join her on this new adventure, and they agreed, without a doubt!

They wanted a name that wouldn’t be a fad, and they were looking for something that would describe them best. Their mission was to bring their personal style to the market and so their name had to be a reflection of that.

Maya, Meena, and Zeenat knew that they were going to let you into their world, so they chose to keep Mukhi. It is their legacy & it is a reference in the industry. So what better name to describe them?

As for Sisters, they’re naturally referring to their sisterhood- in addition to that, the girls are huge believers in women empowerment and all the change women can do. And so, Mukhi Sisters came to life in February 2009.

In 2011, they opened their first store at Beirut Souks. Back then, their concept was to have a small boutique. A secret in Beirut that had a hint of the cave of Ali Baba effect- they believed in the power of more is more and their windows were a mix of styles and colors, and it was up to the clients to create their own mix.

Mukhi Sisters is a brand that transforms stories and personal moments into finely crafted daywear jewellery with real individuality. Each piece embodies a distinctive narrative and unique energy. Perfect jewellery for every day(and night), the creations are linked to each sister’s personal style, interests and obsessions. An alluring cosmos of colours, signature styles and eye catching design, there’s always an element of surprise and the essence of evolution.

The subtle meets the bold. The vibrant clashes with the sober. The nostalgic is juxtaposed against the trendsetting. The ethnic merges with the urban. Nature blossoms next to fanciful symmetry. It’s a spectacle that celebrates the beauty of semi-precious stones, gold and diamonds to create original statements. The sisters believe in energies and personal style and this is what they transcend the most through their jewellery pieces. Boho chic meets vintage is the style that would describe them most.

It’s all about you, making it new and playing around. We help you mix and match pieces that best reflect your spirit and individuality. We want our pieces to feel like your second skin and this is why we create timeless pieces that speak and are brimming with energy. Each collection is a striking expression with many intriguing unique stories and even our boutique is an experience that invites you to discover new tales every two weeks.

In 2017, Mukhi Sisters is not just a jewelry brand anymore; it has developed into something more than that.

Today, Maya, Meena, and Zeenat have created a new Mukhi Sisters Experience for their clients. Bringing back the old (their history and old Beirut) in their own way, they have opened Mukhi Sisters Fine Jewellery & Concept Store. A space inspired by the different industries that the Mukhi elders used to deal with (hence the concept store addition).

These passionate entrepreneurs, with their heads in the clouds and their feet on the ground, have chosen to collaborate with RG / Architects to bring their vision to life.

Rabih Geha’s vision is regularly intersected with the demands of his clients and the modern world. And this is a key point for Mukhi Sisters. Geha aimed to capture the jewelry style of Maya Meena and Zeenat, he also aimed to capture their universe and translate their need into their first flagship store. Mukhi Sisters have more plans for the future; keep following their news for jewelry designs and other updates.

In 2017 Mukhi Sisters collaborated with accessories designer Roma Narsinghani and worked on a series of headpieces and brooches together, inspired by Mukhi Sisters Queen Vicky collection of vintage jewels.

In 2017 Mukhi Sisters collaborated with Italian brand of Jewellery Aonie and created and handpainted version of MS Beiruti Sunset.

In 2018 Mukhi Sisters collaborated with Diplowomen on a full collection of Jewellery.

Mukhi Sisters is now available online via the e-shop: www.mukhisisters.com 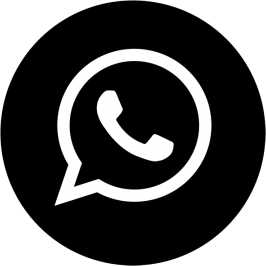 Click here to chat with our personal shopper
X